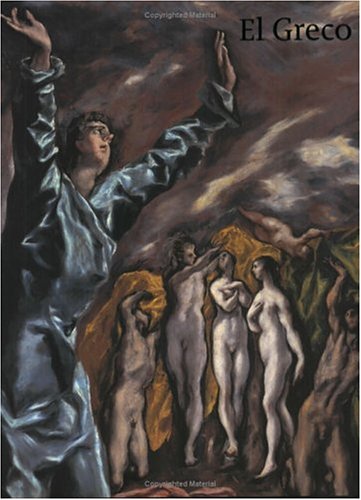 El Greco (1541-1614), born Domenikos Theotokopoulos, was one of the most fascinating and distinctive artists of the sixteenth century. His works are immediately recognisable for their brilliant colours, elongated figures and spiritual intensity. Initially trained in Crete, in around 1567 El Greco moved to Italy where he purportedly studied with Titian. A decade later he is documented in Toledo (south of Madrid), and he spent the rest of his long life in Spain. His paintings and writings offer a thoughtful, frequently inspired response to the varied environments in which he worked - and they reveal that he was deeply engaged with the religious and artistic thinking of his time. This lavishly illustrated book - the first comprehensive English-language publication on El Greco in many years - address the full range of the artist's work in painting and sculpture, from his Byzantine icons to his late altarpieces. It considers his personality from both a religious and intellectual point of view, and presents the artist's religious, mythological, genre, landscape and portrait works, providing the historical context in which they were made.

Davies is a pre-eminent El Greco scholar who taught at Birkbeck and University College, University of London; Sir John Elliott Is Regius Professor Emeritus of Modern History at the University of Oxford; Gabriele Finaldi is Curatorial Director of the Museo Nacional del Prado; Keith Christiansen is Curator of European Paintings at the Metropolitan Museum of Art; Xavier Bray is an Assistant Curator at the National Gallery, London.