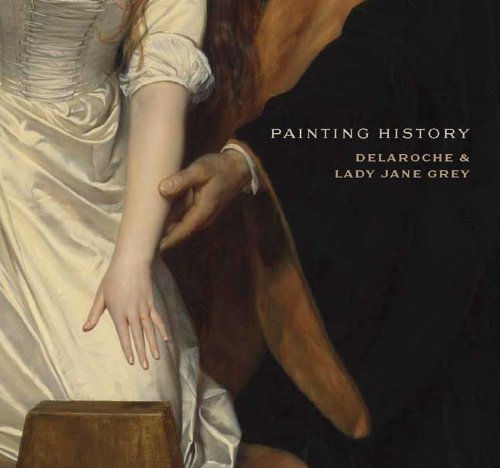 Paul Delaroche's 'Execution of Lady Jane Grey' is one of the most familiar and enduring images of the nineteenth century. The painting, now in the National Gallery, was for a long time lost, and believed destroyed, until its chance rediscovery and subsequent restoration in 1974. Coincidentally, since then there has been a remarkable revival of scholarly interest in Delaroche. The artist himself, however, is a figure now very much less familiar in England than he was 150 years ago, when his patrons included Queen Victoria. This catalogue explores why there was such an interest in English history in France during the nineteenth-century. And no artist of this period was more inspired by English subjects than Paul Delaroche. Essays and a fully illustrated catalogue by renowned art historians Stephen Bann and Linda Whiteley convey the varied visual and cross-cultural influences - particularly that of popular prints and theatre - on Paul Delaroche's very particular approach to depicting historical events. This authoritative study is complemented by an essay by John Guy, the distinguished Tudor historian. This survey outlines the short life of Lady Jane Grey, Queen of England for nine days, and then the development of her enduring myth as an innocent martyr.

Stephen Bann is a Professor of History of Art at the University of Bristol. He has written extensively on visual culture in the nineteenth century, contributed to many books and periodicals, and is author of 'Paul Delaroche' (1997). Linda Whiteley is a research associate in the Department of the History of Art at the University of Oxford. John Guy is a leading historian, writer and broadcaster of Tudor England. Among his many books, 'My Heart is My Own: The Life of Mary Queen of Scots' was awarded the 2004 Whitbread Biography Award. Christopher Riopelle is Curator and Anne Robbins is Assistant Curator of Post-1800 Paintings at the National Gallery, London.