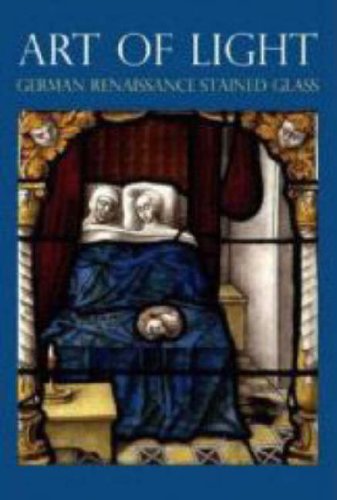 By the first half of the sixteenth century, German stained glass had reached astonishing heights of artistic and conceptual sophistication. Although often made for churches, not all stained glass of this period was religious; subject matter included landscapes, genre scenes, and heraldic imagery, as well as Biblical scenes. This title examines a group of German stained glass panels, both religious and secular, alongside paintings of the same period to illuminate the stylistic and compositional relationships between the two crafts. Among the many featured works are prints by Durer that were later used as sources for glass designs as well as drawings by other artists and the stained glass works produced after them. Also included is a striking stained glass window made for Mariawald Abbey and the National Gallery's painted panels of about the same date completed for the altarpiece of Liesborn Abbey. Comparisons of these masterpieces reveal the interconnectedness between artist and craftsman and 'fine' and decorative arts during this time.

'... examines... German stained glass panels... alongside paintings of the same period to illuminate the relationship between the two crafts.'
-- Church Building, May 1, 2008

Susan Foister is Director of Collections and Curator of Early Netherlandish, German, and British Paintings at the National Gallery, London. She is author of Holbein and England and Durer and the Virgin in the Garden and co-author of Making and Meaning: Holbein's Ambassadors and Durer to Veronese, all distributed by Yale.