Items related to The Singing Flame (The Ernie O'Malley Trilogy):... 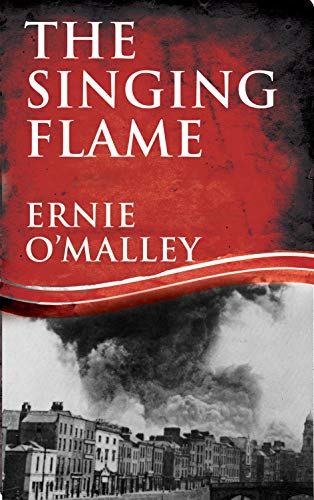 'The Singing Flame' is Ernie O'Malley's follow up to 'On Another Man's Wound', his account of his experiences during Ireland's War of Independence, first published to instant acclaim in 1936. 'The Singing Flame' is an account of his experiences in the Civil War that followed. O'Malley had reported directly to Michael Collins and Richard Mulcahy during the War of Independence and was appointed OC of the Second Southern Division, the second largest division of the IRA. When the Treaty with Britain was signed on 6 December 1921, diehard Republicans like O'Malley would not accept it. In the bitter Civil War that followed, O'Malley was in the Four Courts when it was attacked by the Free State army. Later he was OC of the Republicans in Ulster and Leinster. He was eventually captured and imprisoned until July 1924. He was one of the last Republican prisoners to be released. The Free Staters had won and O'Malley, feeling there was no place for him in this new Ireland, went to live in the USA where he wrote his memoirs.

Ernie O'Malley was a medical student in Dublin when the Easter Rising of 1916 broke out. Indifferent at first, his feelings changed as the struggle progressed and he joined the republicans and rose to the rank of OC of the Second Southern Division during the War of Independence. He died in 1957 and was given a state funeral with full military honours. He is also the author of 'On Another Man's Wound' and 'Raids and Rallies'.