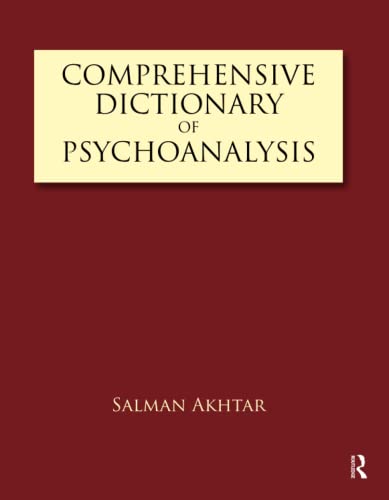 Ranging from 'abreaction' and 'abstinence', 'basic rule' and 'beta elements', and 'clarification' and 'conflict' through 'metapsychology' and 'malignant narcissism' to 'xenophobia' and 'zoophilia', the terms and ideas covered in the book make for a panoramic view of the psychoanalytic universe. The collection is wide-ranging, eclectic, and fundamentally generous: it includes old, new, controversial, odd-sounding, familiar, unfamiliar, all sorts of terms and phrases from the one hundred years history of psychoanalysis. While generally crisp and pithy, a definition here and there also includes an enderaing anecdote, a wry remark regarding the hidden ironies in the concept at hand, and a deliciously surprising linkage with another idea in the book.