Items related to The Dictionary of Alchemy

Haeffner, Mark The Dictionary of Alchemy

The Dictionary of Alchemy 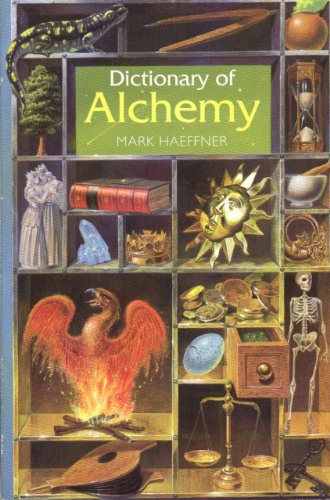 An entertaining and comprehensive A-to-Z reference of all the mysteries and esoteric personalities in the ancient art of alchemy.

Alchemy is a spiritual tradition which has flourished since the beginning of recorded history, if not earlier. Its popular definition – an arcane art of transmuting base metals into gold – is far from the full picture. The true meaning of alchemical concepts lies hidden within a complex structure of archetypal images and symbols.

'The Dictionary of Alchemy' is the essential reference book to guide you through the labyrinth of pre-Newtonian science and philosophy. It includes both the materialist dimension of the search for the elixir of life and the transmutation of metals, and the inner search for the gold of mystical illumination. This mine of information covers not only the Western Tradition, but also the less well-known, yet equally important, Indo-Tibetan and Chinese Taoist traditions.

"... a mine of out-of-the-way information"
DUBLIN SUNDAY INDEPENDENT

Provides a glossary of alchemical terms, concepts and symbols as well as information on the main practioners, covering the three main traditions - Western, Indo-Tibetan and Chinese Taoist. Both the metallic and mystical dimensions of this tradition are included. The symbolism and mystical ideas associated with alchemy have had an enormous impact in literature and esoteric religion, as well as on experimental science.

1. DICTIONARY OF ALCHEMY: FROM MARI