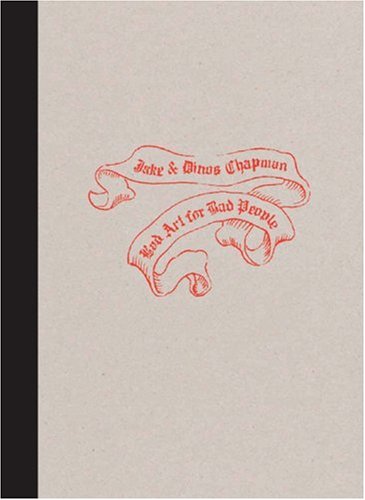 Dinos and Jake Chapman (b 1962 and 1966) are among the most important British artists working today. Over the past decade they have created a rich body of work which provocatively addresses some of the most pertinent and controversial issues of our time: the endless human capacity for war and violence; the transgressive realities of human corporeal existence as expressed in plastic surgery, genetic manipulation and cloning; the assumed innocence and asexuality of children; and the instability of moral and ideological belief systems. Accompanying an exhibition at Tate Liverpool, this book will present important works from all phases of their career and reveal a diverse body of work in many media. The reception of their art has often been overshadowed by a sensationalist and superficial reading, engrossed by the artists' shock tactics and generous application of cheap horror effects. This thorough intellectual investigation of their careers contextualises their art historically and critically, revealing the themes and concerns that continue to underpin their work. Amongst the works included are such well-known icons of the past decade as "Great Deeds Against the Dead" (1994), "Disasters of War" (1995) and recent work in the Turner Prize exhibition, "Sex and Death" (2003).