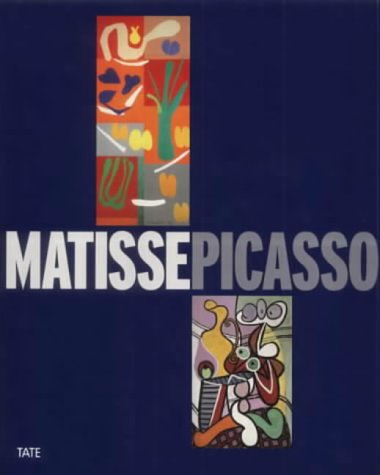 This work accompanies an exhibition organised, in partnership, by Tate Modern, the Galeries Nationales du Grand Palais, and the Museum of Modern Art. It examines the crucial relationship between Matisse and Picasso. The introduction explains the way in which the work of each artist both inspired and often provoked the other. The illustrations of the paintings and sculptures are grouped in sections, each accompanied by an introductory text, with the intention of demonstrating evidence of artistic encounters between Matisse and Picasso over the course of their careers. In fact later in life Picasso himself stated that time would show that he and Matisse had been following very similar paths during the years that had established their individual artistic supremacy.

"A kaleidoscope of information and ... beautiful shards of analysis." -- Artforum

"Of lasting value, perhaps half a century hence still being taken off our shelves with reverence" -- Brian Sewell, London Evening Standard

Book Description Paperback. Condition: Very Good. The book has been read, but is in excellent condition. Pages are intact and not marred by notes or highlighting. The spine remains undamaged. Seller Inventory # GOR001907559

Book Description Tate Publishing, 2002. Paperback. Condition: Very Good. A few small marks to page edges Very Good: a copy that has been read, but is in excellent condition. Pages are intact and not marred by notes or highlighting. The spine remains undamaged. Most items will be dispatched the same or the next working day. Seller Inventory # wbb0014417695

Book Description Tate Publishing, 2002. Paperback. Condition: Used; Good. **Simply Brit** Shipped with Premium postal service within 24 hours from the UK with impressive delivery time. We have dispatched from our book depository; items of good condition to over ten million satisfied customers worldwide. We are committed to providing you with reliable and efficient service at all times. Seller Inventory # 1394545

Book Description Tate Publishing, 2002. Paperback. Condition: Good. Minor shelf wear Good condition is defined as: a copy that has been read but remains in clean condition. All of the pages are intact and the cover is intact and the spine may show signs of wear. The book may have minor markings which are not specifically mentioned. Most items will be dispatched the same or the next working day. Seller Inventory # wbb0015272642

Book Description Tate Gallery Publishing Ltd, 2002. Condition: Good. A+ Customer service! Satisfaction Guaranteed! Book is in Used-Good condition. Pages and cover are clean and intact. Used items may not include supplementary materials such as CDs or access codes. May show signs of minor shelf wear and contain limited notes and highlighting. Seller Inventory # 1854373765-2-4

Book Description Condition: Good. Ships from the UK. Former Library book. Shows some signs of wear, and may have some markings on the inside. Seller Inventory # GRP76421974