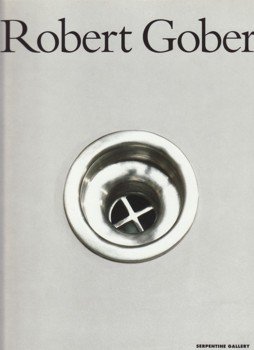 Robert Gober rose to prominence in the mid-1980s and was quickly acknowledged as one of the most significant artists of his generation. In the years since, his reputation has continued to grow, commensurate with the rich and complex body of work he has produced. Published in conjunction with the first comprehensive large-scale survey of the artists career to take place in the United States, this publication presents his works in all mediums, including individual sculptures and immersive sculptural environments, as well as a distinctive selection of drawings, prints, and photographs. Prepared in close collaboration with the artist, it traces the development of a remarkable body of work, highlighting themes and motifs that emerged in the early 1980s and continue to inform the artists work today. An essay by Hilton Als, and an in-depth chronology with extensive input from the artist himself, foregrounds images from Gobers archives, including many neverbefore- published photographs of works in progress.

What claims our attention is not so much Gober's quotidian subjects as the intentness with which he reconstitutes ordinary objects; this is his way of possessing them. Gober's laconic perfectionism lends humdrum stuff an eeriness. I feel that eeriness in teh subtle shadow play he reveals in his plainly carpentered cloest, in the delicacy of human hairs inserted into the wax surface of a sculpted leg, and in the trompe l'oeil finesse with which he paints the label on the battered Benjamin Moore can. Gober keeps his virtuosity tamped down adn under wraps. His weird world is constructed with teh meticulousness of a jeweler putting together a Faberge egg.--Jed Perl "The New York Review of Books "

In the mid-1980's Robert Gober began to receive significant art-world attention for his sculptres of everyday domestic objects embedded with references to social justice, freedom adn tolerance. The oblique works offers a socio-political and psyhcological end-of-the-twentieth-century context to their mundane formal structures.--The Editors "THE Magazine "

The heart is an excitable physical organ that registers sensations of fight or flight and of love or aversion: the first and last unimpeachable witness to what can't help but matter, for good and for ill, in every life.--Peter Schjeldahl "The New Yorker "

4. Robert Gober / ed. by Judith Nesbitt [published on the occasion of the exhibitions held at The Serpentine Gallery London and the Tate Gallery Liverpool, 1993]