Items related to My Donkey Body: Living With A Body That No Longer Obeys...

Wenham, Michael My Donkey Body: Living With A Body That No Longer Obeys You

My Donkey Body: Living With A Body That No Longer Obeys You 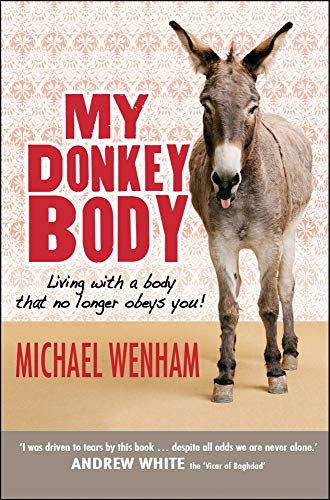 From premature babies to centenarians, from close family to complete strangers, heroes to wastrels, I have buried them all. I know that life is essentially fragile. It began with a slight unsteadiness; then slurred speech. After months of tests at the John Hopkins Infirmary in Oxford, the consultant said, 'Rev Wenham, would you like to sit down? This was the big one,' wrote Michael. 'I knew about David Niven and Peter Cook. It was not so long ago that Diane Pretty had been on the television news, pleading through her husband to be put out of her misery.' Now Michael, who had helped so many parishioners through terminal illness, faced his own sentence. How would he cope? Would his faith stand the heat?

Michael Wenham trained as a teacher before hearing a call to full-time Christian ministry. For some years he has been vicar of three village churches in the Vale of the White Horse, near Oxford.

My Donkey Body: Living With a Body That No Longer Obeys You!

MY DONKEY BODY: LIVING WITH A BO