Items related to A Melon for Ecstasy (Prion humour classics) 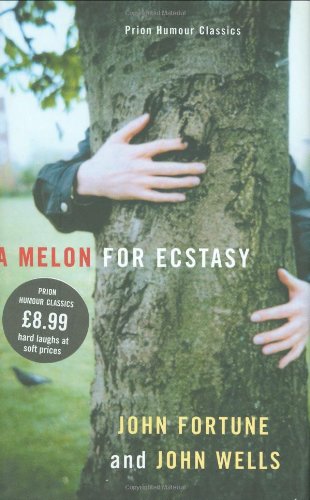 This extraordinarily original novel by the two subsequently famous humorists (John Fortune is celebrated for his performances on the Rory Bremner show - Bremner, Bird and Fortune) was written in 1971. Its hero is one Humphrey Mackevoy who takes a love of nature rather too far. He is passionate about trees. In particular one leafy laburnum called Labby. Risking nasty splinters as the joys of virgin wood engulf him, he risks the wrath of local busybodies as they determine to save their trees from the mysterious drill holes that keep appearing overnight. Humphrey struggles to protect his dark secret and overcome his passion for the soft contours of the young sapling, but will he ever escape the clutches of Mummy, a darkly comic creation drawn to give us all nightmares? Eventually his beloved tree is chopped down and Humphrey's dark secret is revealed and he is sent to prison. Poor Humphrey...A comic masterpiece - a walk in the park will never seem the same again.

First published in 1971 and set in the middle England of the 1960s, "A Melon for Ecstasy" takes the frustrated passion of one repressed young man and shows that sex in the suburbs can be a very twisted affair.

1. A MELON FOR ECSTASY (PRION HUMOU