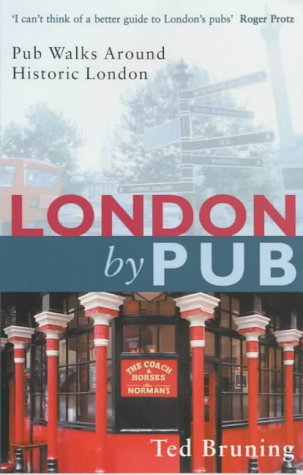 London is a great city for walking and what better way to view its history and its inns than on a pub walk. Each has a historical theme - from Fleet Street with its journalists' pubs to the Victorian masters and servants of the great houses of Belgravia. With a map to guide readers, each walk features between 6 and 12 classic pubs, a number of stop-off sites of historic interest along the way and details on all the establishments featured (opening hours, food and beer selections). The walks, which can be done either in whole or part, take in both the grand highways and secret byways of some of London's most fascinating haunts: Chelsea, Kensington, Belgravia, Bayswater, Oxford Street, Soho, Holborn, Bloomsbury, The Strand, Fleet Street, The City, Smithfields, Clerkenwell, Southwark, Lambeth, Greenwich and Hampstead.

The first work to describe London's historic pubs in any detail... illustrated with gem-like colour photographs. -- The Guardian

Award-winning beer writer Ted Bruning is the editor of CAMRA's newspaper What's Brewing and most recently the author of Historic Pubs of London and Historic Inns of England, which won the British Beer Writers' Guild Silver Tankard in 2000.

LONDON BY PUB: PUB WALKS AROUND