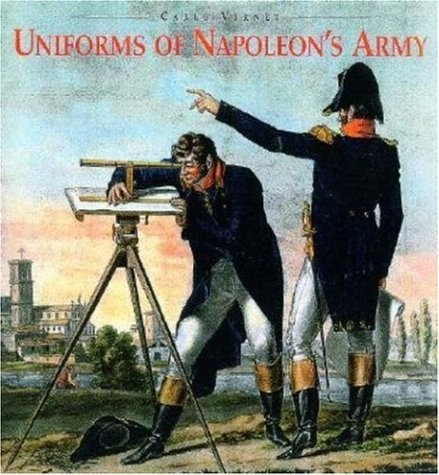 Napoleonic armies went into battle dressed in resplendent, brilliant uniforms. None were grander than those worn by Napoleon's own soldiers and the troops of imperial France dazzled Europe with their elegant and colourful turnout. In 1812 Napoleon was at the height of his powers and the uniform regulations issued in that year reflect the empire's power and prestige. Carle Vernet, a leading French military artist, was commissioned to paint the regulations so they could be published and circulated to military tailors. His paintings both reflect the brilliant elegance of the time and show the uniforms that were to be adopted in detail. Uniforms of Napoleon's Army has selected the best of Vernet's elegant images and covers the full range of French Army units: heavy cavalry, light cavalry, line infantry, light infantry, artillery, engineers and support troops. An Introduction charts the evolution of French military uniforms, examines the 1812 regulations in detail and places the images in context. Published for the first time in an accessible format, these brilliant images offer a unique insight into the art of the military tailor during the Napoleonic period.

Carle Vernet was born in Bordeaux in 1758. He accompanied Napoleon on his campaigns in Italy, 1796-1800, was selected to paint the 1812 regulations governing the uniforms of the French Army and, later, served as the Ministry of War's official painter.