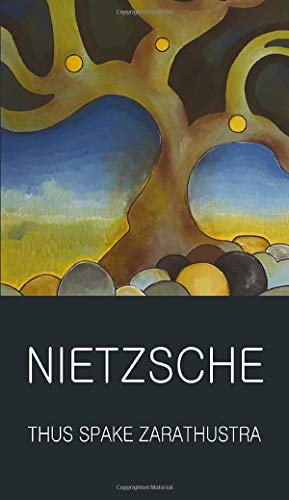 Translated by Thomas Common. With an Introduction by Nicholas Davey.

This astonishing series of aphorisms, put into the mouth of the Persian sage Zarathustra, or Zoroaster, contains the kernel of Nietzsche’s thought. ‘God is dead’, he tells us. Christianity is decadent, leading mankind into a slave morality concerned not with this life, but with the next. Nietzsche emphasises the Übermensch, or Superman, whose will to power makes him the creator of a new heroic mentality. The intensely felt ideas are expressed in prose-poetry of indefinable beauty.

Though misused by the German National Socialist party as a spurious justification of their creed, the book also had a profound influence on early twentieth-century writers such as Shaw, Mann, Gide, Lawrence and Sartre.

The most famous Nietzsche book which formed part of his 'campaign against morality' [...] the German philosopher explores the ethical consequences of the 'death of God'. Some say the book was a catalyst in Hitler's thinking and the rise of the far-right, others that Zarathustra was the most important text on human potential ever written. Hear it for yourself. The Naxos audiobook also includes helpful introductions to every chapter. --Bukowski on Bukowski zine

When the German philosopher Friedrich Wilhelm Nietzsche (1844 - 1900) lapsed into insanity in 1889, he had little conception of the fame and controversy his works would come to attract. Initially influential on writers such as George Bernard Shaw and Thomas Mann, his ideas would be misappropriated by the Nazis in the 1930s to support their policies on anti-Semitism, nationalism and warfare. It would be some years, and with the benefit of better translations, before his works would become more properly evaluated.