Items related to Walking in the South Pennines

Walking in the South Pennines 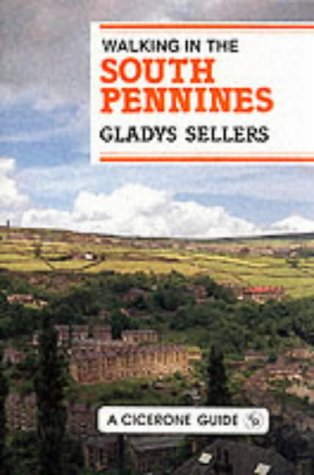 Overshadowed by the Yorkshire Dales to the north and the Peak District to the south, the moors and valleys of the south Pennines have suffered undue neglect. Yet this is an area of stark beauty, rich in history and literature, and fine walking country. Gladys Sellers, one of the best known guidebook writers in the north, has compiled a guide which includes every aspect of this fascinating countryside. There are over 128 walks to delight the connoisseur. The south Pennine landscape is one of hills and mills, sometimes more mills than hills. Both are interwoven in a mesh that is the very essence of this landscape, unique in the British Isles. Its strength lies in the contrast between the mill towns (though no longer satanic and under a pall of smoke) and their surrounding green valleys, where many an ancient hamlet lies, seamed by deep-cut wooded cloughs and topped by the ever present moors. Its lack of stately homes and parklands is off-set by the many fine yeoman farmers' and clothiers' houses, and often enough by the very mills themselves. Some of them are old enough to seem picturesque and many have real architectural merit. This fascinating landscape, fashioned more by the hand of man than nature, has evolved over the last seven or eight centuries from the hunting forest of the Norman barons - the rise and fall of the textile industry just set the final stamp upon it. It offers a vast amount of varied and interesting walking to the moderate walker.

2. Walking in the South Pennines

Book Description Cicerone Press 01/01/1991, 1991. Paperback. Condition: Very Good. Shipped within 24 hours from our UK warehouse. Clean, undamaged book with no damage to pages and minimal wear to the cover. Spine still tight, in very good condition. Remember if you are not happy, you are covered by our 100% money back guarantee. Seller Inventory # 6545-9781852840419

3. Walking in the South Pennines

Book Description Cicerone Pr Ltd, 1992. Paperback. Condition: Very Good. The book has been read, but is in excellent condition. Pages are intact and not marred by notes or highlighting. The spine remains undamaged. Seller Inventory # GOR001596616

4. Walking in the South Pennines

Book Description -, 1992. Paperback. Condition: Very Good. Walking in the South Pennines This book is in very good condition and will be shipped within 24 hours of ordering. The cover may have some limited signs of wear but the pages are clean, intact and the spine remains undamaged. This book has clearly been well maintained and looked after thus far. Money back guarantee if you are not satisfied. See all our books here, order more than 1 book and get discounted shipping. Seller Inventory # 7719-9781852840419

5. Walking in the South Pennines

Book Description Cicerone Press, 1991. Paperback. Condition: Used; Good. **SHIPPED FROM UK** We believe you will be completely satisfied with our quick and reliable service. All orders are dispatched as swiftly as possible! Buy with confidence!. Seller Inventory # 3137938