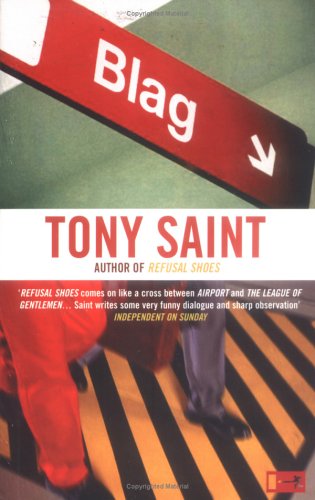 Harry Verma ? small-time immigration solicitor, nursing a sick father and a gambling habit ? has taken to pulling more than just the odd legal aid fraud to help pay his unpredictable creditors. Sean Carlisle ? enforcement officer, collaring illegal immigrants for a living ? is self-destructing. Booze, pills and bending the law to get results are all taking their toll on his judgement. Two men on opposite sides of a blurred line have more in common than they think. When a runaway Asian bride, her corrupt father-in-law and a psychotic Glaswegian immigration officer bring them inexorably together, Harry and Sean have little choice but to team up for the blag of their lives.

?A grimly amusing tale? what makes it enjoyable (and slightly worrying) is that it?s not that far-fetched? Metro London ?The absurdity and petty injustices brought Kingsley Amis to mind? Telegraph ?Like the novels of Magnus Mills and the TV work of Ricky Gervais and the League of Gentlemen crew, this is a work in the emerging school of the new absurd, the British banal ? morally accurate, spiritually depressing and vastly readable? Big Issue in the North

the setting is interesting and relevant, especially with the immigration debate heating up in this country (Daily News)

Tony Saint was born in Northumberland in 1968 and educated at the taxpayer's expense. In 1993 he joined the United Kingdom Immigration Service where he worked for ten years before leaving to write Refusal Shoes (2003), based on his experiences. Tony has written extensively for radio and TV and is currently working on a television film about the early career of Margaret Thatcher. He has also contributed to many of the UK's national newspapers. He is married with two children and lives in South London.