Items related to Towards the Edge of the Universe: A Review of Modern...

Clark, Stuart Towards the Edge of the Universe: A Review of Modern Cosmology (Springer-Praxis Books)

Towards the Edge of the Universe: A Review of Modern Cosmology (Springer-Praxis Books) 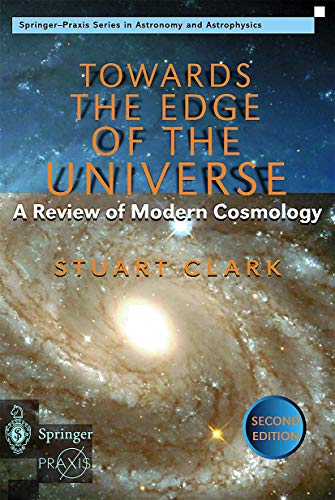 Towards the Edge of the Universe is the second edition of a successful textbook, previously published by Wiley-Praxis.It reviews the latest discoveries and ideas, discusses areas of controversy, and presents a variety of observational data, in a way suitable as an introduction to cosmology for university students studying the following courses: Astronomy, Astrophysics, Cosmology, Partical Physics, Theoretical Physics and Space Science. The author considers the most contemporary views of cosmology by describing the Big Bang model (its problems as well as its usefulness), and begins with a comprehensive account of the universe and its components, providing a sound introduction for the student. A generally descriptive (rather than purely mathematical) approach makes the book accessible to all levels of students Priced at an affordable level for students - despite the inclusion of many illustrations and some full colour photographs - the previous Wiley-Praxis (1997) edition was successful in Europe and America. This new edition incorporates some revisions, but is expected to continue as a useful textbook with a valuable "additional market" among serious astronomers.

Towards The Edge Of The Universe - A Review Of Modern Cosmology

Towards the Edge of the Universe: A Review of Modern Cosmology (Springer Praxis Books / Space Exploration)

TOWARDS THE EDGE OF THE UNIVERSE