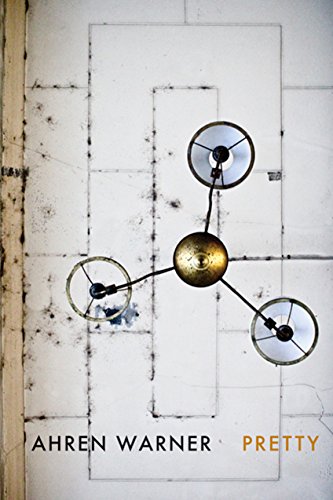 Ahren Warner's second collection of poems opens with the sequence Lutece, te amo: a raw paean to the Paris it inhabits that flits between past and present and offers both adoration and horror in equal measure. Elsewhere, London 'licks and laps'; an anonymous man 'works his bones with a micro-plane' and translations of Baudelaire and Kojeve rub shoulders with Kurt Cobain and 'Little Lord Tory-Tit'.

'Warner's poems, by turns funny and disconcerting and patently accomplished, set out their individual programme as originally as in any debut collection for some time. As with the first books of Thom Gunn, Ted Hughes or Craig Raine, it is immediately clear that something different is going on' - Alan Brownjohn, Sunday Times.

' - pizzazz, wit and - astonishing at his age - both technical assurance and a genuinely integrated humanity' - Fiona Sampson, Independent.

'Witty as well as erudite... Warner rows his own coracle, with his own deft motion' - Carol Rumens, Poetry Review. --.

Ahren Warner was born in 1986 and grew up in Lincolnshire. He lived in Paris whilst writing his doctorate and now lives in London. His first collection, Confer (Bloodaxe Books, 2011), was a Poetry Book Society Recommendation and shortlisted for both the Forward Prize for Best First Collection and the Michael Murphy Memorial Prize 2013. He was awarded an Eric Gregory Award in 2010 and an Arts Foundation Fellowship in 2012. His second collection, (Bloodaxe Books, 2013) is another Poetry Book Society Recommendation. He is poetry editor of Poetry London.