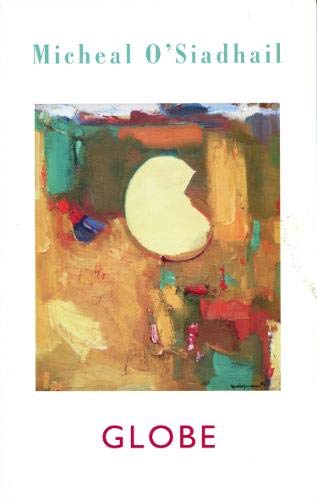 In his latest collection, "Globe", Micheal O'Siadhail explores how a world is shaped. How do the past and our memories bear on the present? What kind of people help to alter the dynamics of history? How do we face the open wounds of irreversible tragedies and loss? The book's climactic sequence, Angel of Change, catches the mood of immense changes in our times: cyberspace and non-stop trading, mixing of peoples and blurred boundaries, vulnerable and shifting values and in all of this a strange new jazz of possibility - 'Born in a land, I wake in a globe.' This publication marks Micheal O'Siadhail's 60th birthday.

In GLOBE, O'Siadhail has delivered a timely and disquiting dissection of the planet's parlous state with trade-mark fluency. --Sarah Crown, Guardian

Perhaps more than anything he may be seen as a European poet, since his subject matter has often been European experience... There is no mistaking the passion with which O'Siadhail writes when he takes on political events, and it is this political consciousness which sets him apart. --Maurice Harman, The Irish Times

From writing about personal experience Micheal O'Siadhail has moved to writing about the world. His poems, especially when he speaks of love, express tenderness remarkable in a time when poets seem afraid to write with feeling. He works in skilful verse forms, yet his language is so suited to the thought as to seem perfectly natural. --Louis Simpson

Micheal O'Siadhail [pronounced Mee-hall Oh Sheel] is a prolific Irish poet whose work sets the intensities of a life against the background of worlds shaken by change. He has published eight books of poetry with Bloodaxe, including Our Double Time (1998), Poems 1975-1995 (1999), The Gossamer Wall: poems in witness to the Holocaust (2002), Love Life (2005) and Globe (2007). He translated his first three collections originally written in Irish into English for Hail! Madam Jazz: New and Selected Poems (1992). He constantly seeks new dimensions through his poetry: examining the passions of friendship, marriage, trust and betrayal in an urban culture, tracing the intricacies of music and science as he tries to shape an understanding of the shifts and transformations of late modernity. In Musics of Belonging: The Poetry of Micheal O'Siadhail (Carysfort Press, 2007), the book's co-editor David F. Ford lists O'Siadhail's characteristic themes as 'despair, women, love, friendship, language, school, vocation, music, city life, science and other cultures and histories. There is a wrestle for meaning, with no easy resolution both the form and the content are hard-won.' Jazz is leitmotiv throughout his work. Born in 1947, he was educated at Clongowes Wood College, Trinity College Dublin and the University of Oslo. He has been a lecturer at Trinity College Dublin and a professor at the Dublin Institute for Advanced Studies. Among his many academic works are Learning Irish (Yale University Press, 1988) and Modern Irish (Cambridge University Press, 1989). He is a fluent speaker of a surprising number and range of languages, including Norwegian, Icelandic, German, Welsh and Japanese. As well as some of the great English-language writers (Donne, Milton, Yeats, Kavanagh), his main influences include much literature in other languages, read and assimilated in the original (Irish monastic and folk poetry, Dante, Rilke, Paul Valéry, Karin Boye, the Eddas and the Sagas). In 1987 he resigned his professorship order to write poetry full-time, supported by giving numerous readings in many parts of the world. He won the Marten Toonder Prize for Literature in 1998. He lives in Booterstown, on the edge of Dublin Bay.