Items related to Nantucket and the Angel

Allnutt, Gillian Nantucket and the Angel

Nantucket and the Angel 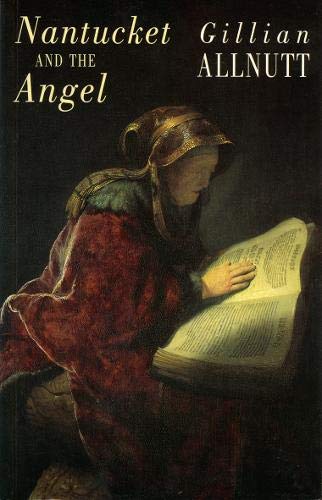 Taking its theme from the Annunciation, the title-sequence of this book is the spiritual biography of Gillian Allnutt's imagined 90-year-old self. She comes to know this "elder ego" through writing about the stubborn, proud, possessive Nantucket, who changes a too-long-lingering angel Gabriel as he falls under her mad spell. Her fourth collection is dominated by powerful old women, including the mystic Julian of Norwich. Delving back into her personal history as well as into our collective history, Gillian Allnutt finds the Crone, that sometimes sinister, sometimes wise old woman, and through writing these poems of imagination and discovery, recovers precious knowledge of her own lost grandmother. Shortlisted for the T.S.Eliot Prize.

Gillian Allnutt was born in London but spent half her childhood in Newcastle upon Tyne. In 1988 she returned to live in the North East. Before that, she read Philosophy and English at Cambridge, and then spent the next 17 years living mostly in London. From 1983 to 1988 she was poetry editor of City Limits magazine. Her collections Nantucket and the Angel and Lintel were both shortlisted for the T.S. Eliot Prize. Poems from these collections are included in her Bloodaxe retrospective How the Bicycle Shone: New & Selected Poems (2007), which draws on six published books plus a new collection, Wolf Light, and was a Poetry Book Society Special Commendation. Her most recent collections, both from Bloodaxe, are indwelling (2013) and wake (2018). She has also published Berthing: A Poetry Workbook (NEC/Virago, 1991), and was co-editor of The New British Poetry (Paladin, 1988). From 2001 to 2003 she held a Royal Literary Fund Fellowship at Newcastle and Leeds Universities. She won the Northern Rock Foundation Writer's Award in 2005 and received a Cholmondeley Award in 2010. Since 1983 she has taught creative writing in a variety of contexts, mainly in adult education and as a writer in schools. In 2009/10 she held a writing residency with The Medical Foundation for the Care of Victims of Torture (now Freedom From Torture) in the North East, working with asylum seekers in Newcastle and Stockton. In 2013/14 she taught creative writing to undergraduates on the Poetry and Poetics course in the English Department of Durham University. She lives in County Durham. Gillian Allnutt was awarded the Queen's Gold Medal for Poetry 2016 in February 2017. The Medal is awarded for excellence in poetry, and was presented to Gillian Allnutt by The Queen.

1. Nantucket and the Angel

Book Description Bloodaxe Books. Paperback. Condition: Good. A copy that has been read, but remains in clean condition. All pages are intact, and the cover is intact. The spine may show signs of wear. Pages can include limited notes and highlighting, and the copy can include previous owner inscriptions. At ThriftBooks, our motto is: Read More, Spend Less. Seller Inventory # G1852243821I3N00

2. Nantucket and the Angel

Book Description Paperback. Condition: Very Good. The book has been read, but is in excellent condition. Pages are intact and not marred by notes or highlighting. The spine remains undamaged. Seller Inventory # GOR006279703

3. Nantucket and the Angel

Book Description Bloodaxe Books Ltd, 1997. Paperback. Condition: Used; Good. **SHIPPED FROM UK** We believe you will be completely satisfied with our quick and reliable service. All orders are dispatched as swiftly as possible! Buy with confidence!. Seller Inventory # 3092510

4. Nantucket and the Angel

Book Description Bloodaxe Books Ltd, 1997. Condition: Good. This is an ex-library book and may have the usual library/used-book markings inside.This book has soft covers. In good all round condition. Seller Inventory # 8312725