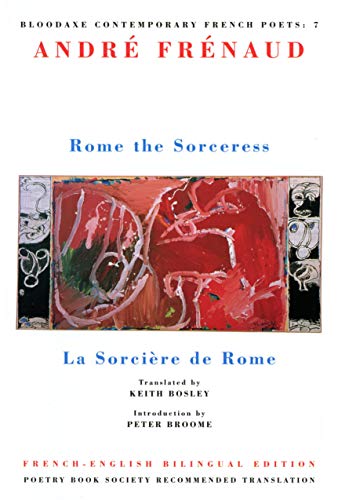 First known for his war-time poems written from a German labour camp - notably his sombre reworkings of the myth of the Magi - Andre Frenaud (1907-1993) is one of the most searching of French poets. His work is structured by a sense of quest, which gives it its labyrinthine patterns, underground tensions and fractured, inventive forms. His poetry has an epic and tragic dimension: spurred by an urge for transcendence, it refuses false paradises, arrivals and notions of reconciliation. Rome the Sorceress (1973) is Frenaud's richest and most disturbing confrontation with the hidden life of myths and the sacred, probing the themes of time, inheritance, revolt, illusions of divinity, father-figures, mother-figures, and the insatiable monuments of language which pretend to grapple with this weight of experience. Poetry Book Society Recommended Translation.

Frenaud is a strong and original French poet who deserves to be much better known in this country. This book uses the city of Rome as a focus for an impassioned meditation on culture and barbarism, faiths and revolts, cruelties and aspirations. Pagan and Christian forces come alike under the burning-glass in a work of immediate impact, even if at times dark and enigmatic. -- Edwin Morgan * PBS Bulletin *