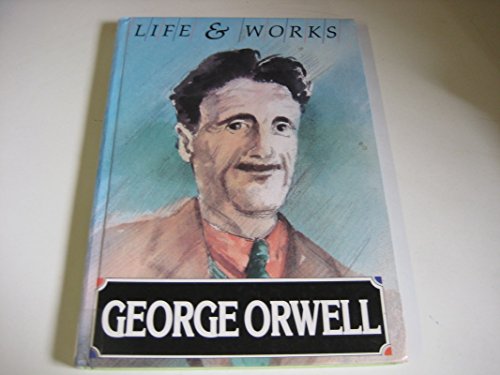 This introduction to the life and work of George Orwell aims to develop a critical understanding of his work, through detailed commentary of several texts. These are viewed in relation to the writer's life and literary career and the social and political context of the day. George Orwell is best known for "Animal Farm" and "Nineteen Eighty-Four", books which introduced into the English language the idea that "all animals are equal, but some are more equal than others" and the terrifying figure of Big Brother. This book follows Orwell's life in the turbulent years of the first half of the century: as a public schoolboy, an official in the Indian Imperial Police in Burma, a tramp in Paris and London, a volunteer soldier for the Republicans in the Spanish Civil War and as a journalist and writer. An examination of Orwell's essays and novels, in particular "The Road to Wigan Pier", "Animal Farm" and "Nineteen Eighty-Four", reveals how his works are related to his experience of the times in which he lived. We follow Orwell's development as a man and as a writer, to his final realization that, unless we do something about it, "Nineteen Eighty-Four" could happen here. The author Nigel Flynn has a degree in English and Philosophy from the University of Lancaster. This book is part of a series which is designed for background reading to GCSE studies and Standard Grade in Scotland.

Book Description Wayland (Publishers) Ltd. Hardcover. Condition: Fair. A readable copy. All pages are intact, and the cover is intact. Pages can include considerable notes-in pen or highlighter-but the notes cannot obscure the text. An ex-library book and may have standard library stamps and/or stickers. At ThriftBooks, our motto is: Read More, Spend Less. Seller Inventory # G1852104929I5N10

Book Description Hardback. Condition: Very Good. The book has been read, but is in excellent condition. Pages are intact and not marred by notes or highlighting. The spine remains undamaged. Seller Inventory # GOR003304122

Book Description Hardback. Condition: Good. The book has been read but remains in clean condition. All pages are intact and the cover is intact. Some minor wear to the spine. Seller Inventory # GOR004740875

Book Description Hardback. Condition: Fair. A readable copy of the book which may include some defects such as highlighting and notes. Cover and pages may be creased and show discolouration. Seller Inventory # GOR002354543