Items related to The History of the British Lions

Thomas, Clem The History of the British Lions

The History of the British Lions 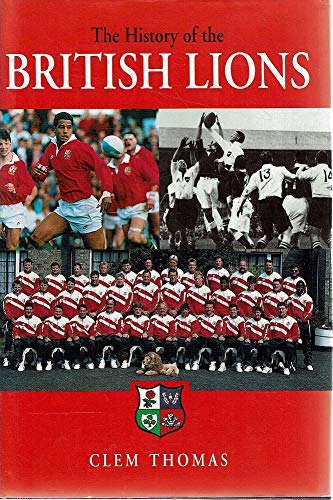 The History of the British and Irish Lions covers the entire period of the Lions' existence, from the first recorded rugby tour of Australia and New Zealand, undertaken at the end of the 1880s, to 2005's highly anticipated New Zealand Tour.

The late Clem Thomas was an outstanding Swansea flanker who earned 26 caps for Wales between 1949 and 1959. He was a British and Irish Lion in 1955 on the tour to South Africa. After retiring from rugby, he became a respected journalist. Greg Thomas is Clem Thomas's son. He is a former Swansea and London Welsh centre/wing and student international for Wales. In 2004, he moved to Dublin to work for the International Rugby Board.

1. THE HISTORY OF THE BRITISH LIONS