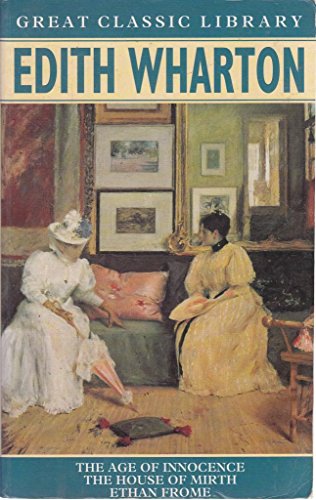 The widespread resurgence of interest in Edith Wharton's career over the past twenty years has restored to print most of her fiction, travel books, and writings on architecture, gardening, and interior decoration. Yet one significant and substantial portion of her accomplishment has remained largely overlooked: Wharton's numerous exercises in literary criticism. Constituting an unusually little-known body of work by an otherwise preeminent American writer, Wharton's many scattered reviews and essays, literary eulogies, and forewords and introductions (to her own work, and to works of others) have never before been collected in a single volume. Covering works of various literary traditions, including eloquent general considerations of fiction and criticism, and embracing novels, volumes of lyric and dramatic verse, and works by other critics of literature, art, and architecture, these critical writings uniquely demonstrate the extraordinary range of Wharton's critical interests and intelligence.

A searching and comprehensive introductory essay places her critical prose in the context of Wharton's career as a whole, and draws on a wealth of unpublished materials in exploring the uncertainties and inhibitions against which she had to struggle in order to express herself as a critic at all. Assembling her miscellaneous critical writings (including some newly discovered texts), this authoritative edition makes an exceptional contribution not only to the ongoing "Wharton revival" but to the study of American literature, of literary criticism, and of women as writers of criticism.

"An impressive collection of individual gems as well as confirming evidence of an impressive critical intelligence. Mr. Wegener has done us all a great service."--James W. Tuttleton, Washington Times.

"Despite her astute critical mind, feelings of intellectual unworthiness made Wharton reluctant to publish her opinions. [This] well-researched book. . .gathers these intermittent writings (including some previously uncollected) [and contains] her superb considerations of George Eliot and Henry James."--Renee Tursi, New York Times Book Review

"Wharton may have written relatively little criticism, but she always tried to take the largest possible view of culture in general and literature in particular. Her aim was to enunciate as best she could the soundest and most enduring principles for judging the merit of any work of art and to apply them thoroughly and fairly."--Merle Rubin, Christian Science Monitor

"This collection shows that she is due a place in the developing history of women's critical writing and that her views of other writers are worth knowing. . . . The introduction is the best reason for graduate research libraries to add this volume to their Wharton holdings."--Choice

"Frederick Wegener's introduction is, in itself, a substantial contribution to Wharton scholarship: it serves as a well-focused lens for viewing the essays he has edited so meticulously."--Julie Olin-Ammentorp, Edith Wharton Review

"Wharton aficionados will drink in every carefully chosen word and beautifully crafted sentence, but everyone interested in literature will find much to savor here."--Booklist

"In this fascinating collection of Wharton's critical prose, Wegener demonstrates that Wharton was a far better critic than she realized, and one only regrets, after reading these works, that she was not more prolific in that arena. Wegener's introduction to this collection benefits from being scholarly, readable and cogent."--Publishers Weekly

I continue to find the Readers' Guides indispensable for teaching - they really give the students a sense of criticism having a history' - Professor Rachel Bowlby, University of York