Items related to The Raiders 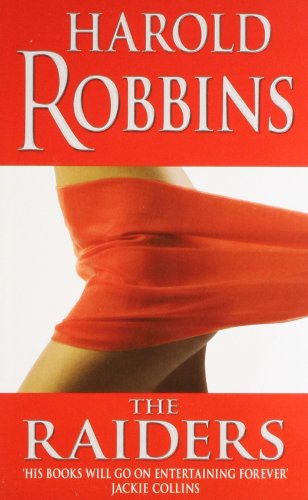 Thirty-four years ago, Harold Robbins enthralled millions of readers with The Carpetbaggers, the most popular novel ever written about the early days of Hollywood. Now, in The Raiders, he continues his phenomenal story. Tormented by dreams of his late father, Jonas Cord vowed his relationship with his own illegitimate son, Bat, will be different. But the Cord family conflict continues as Jonas moves his billion-dollar enterprise to Las Vegas - taking on the mob, and taking into bed a beautiful woman with a secret past, and through it all his son and daughter vie to exceed him in every way - in and out of bed. The Raiders the most explosive, hard-hitting novel yet from the world's favourite bestselling novelist.

Born in 1916 in New York City, Harold Robbins was a millionaire by the time he was twenty. He lost his fortune before the outbreak of WWII, but his successful career as a novelist would once again make him incredibly wealthy. His novels often mirrored his own experiences, and were peopled by the many characters he met. He died in 1997.