Items related to Schwitters in Britain 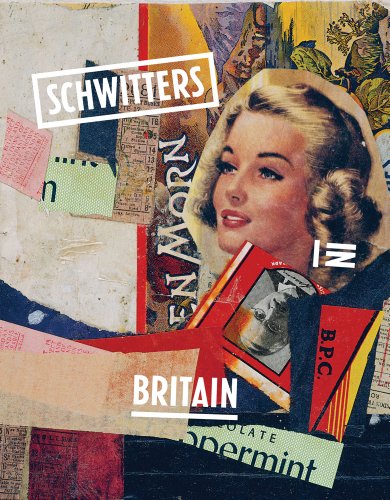 Kurt Schwitters (1887-1948) was one of the most influential European avant-garde artists to come to prominence in the interwar years. Associated at various times with Dada, Constructivism and Surrealism, he produced paintings, collages, sound pieces, sculpture and installation works, as well as journalism, criticism, poetry and short stories. This book concentrates on Schwitters lesser known late works, made during his time in Britain, but sets the scene by recounting and summarising his earlier achievements. Forced to flee Germany in 1936, Schwitters took refuge first in Norway and then, after the German invasion of Norway, in Britain, where he was interned as an enemy alien in 1940 on the Isle of Man. The last eight years of his life, spent in Britain, were in fact intensely productive. His British-period work included collages which utilised London ephemera and American magazines. This period also saw the development of assemblages and sculptures based on found organic objects, culminating in his last great sculpture and installation, the Merzbarn in the Lake District, itself a continuation of the concept of the Hanover Merzbau, one of the key lost works of modern times. The book sees Schwitters not as an artist in isolation but as part of a network, both inside and outside the camps, of other refugee artists and figures in the European avant-garde.

Co-curator Emma Chambers will write an overarching introductory essay on Schwitters time in Britain, and Karin Orchard will examine Schwitters late collages . A variety of contributors from both Britain and Germany will consider Scwhitters collages, his sculpture, the construction of the Merzbarn ,the relationship between abstraction and representation in his work, his writings and his experience within internment camps, and his influence on succeeding generations of British artists. Emma Chambers is Curator, Modern British Art, at Tate. Karin Orchard is Kurator für Graphik at Sprengel Museum, Hanover.