Items related to From Mount Hooly to Princeton: A Scottish-American...

Hook, Andrew From Mount Hooly to Princeton: A Scottish-American Medley

From Mount Hooly to Princeton: A Scottish-American Medley 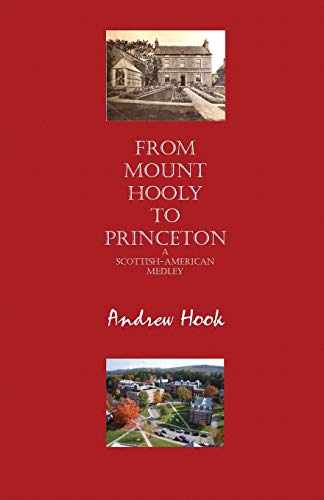 Andrew Hook’s scholarship is distinctive in that it focuses on all three of English, Scottish and American literatures. In this medley of reflections – academic and personal - on his life and work we hear how this focus came about. The themes include early life, a professional career in the academic world, the past and present of both Scotland and America, and the educational, literary, cultural and political life of both countries. Included in the story are unpublished papers delivered at academic conferences, as well as a substantial body of material from his wide-ranging contributions to the online ‘Scottish Review’ since its inception in 2008.

Andrew Hook is Emeritus Bradley Professor of English Literature at the University of Glasgow. Earlier in his career he taught in the English Departments of both Edinburgh and Aberdeen universities. Since his retiral in the 1990s he has lectured and taught at a range of American colleges and universities. He is a Fellow of both the British Academy and the Royal Society of Edinburgh.

From Mount Hooly to Princeton: A Scottish-American Medley