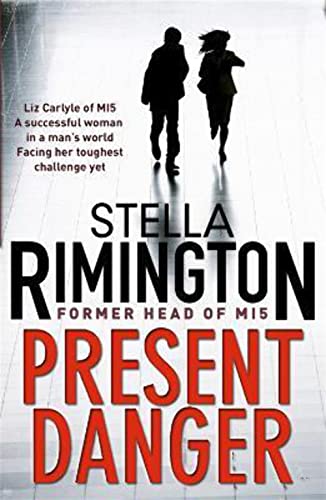 MI5 officer Liz Carlyle is posted to Northern Ireland. From the moment she lands in Belfast, danger follows. She soon discovers that the peace process in the province is precarious. Then a source reports strange goings-on at a house on the Irish Sea owned by the Fraternity, an organisation Liz suspects of being a front for renegade former IRA men. Its head is Seamus Piggott, an Irish-American with a gun-running past. When another informant reports a plot is being hatched against the security forces, Liz and her colleague Dave Armstrong suspect Piggott is involved, along with a former French Intelligence officer. Moving from London to Belfast to the South of France, the latest Stella Rimington Liz Carlyle novel is a propulsive thriller filled with action and nail-biting suspense.

'For a pacey page-turner, she's a safe bet ... Rimington is particularly strong in her accounts of procedure, unsurprisingly, given her past role as Head of MI5. Everything rattles along, taking in London, Belfast, Paris and a Mediterranean island ... a guilty pleasure is the ongoing undercurrent of romance, and it's hard not to wonder whether Carlyle will get her man out of office hours as well as in them' Independent.

'Another fast, action-packed thriller form the former head of MI5 ... the quality of her writing is still very high and you know that you are going to have a very exciting read with her entertaining stories ... the author did work for MI5 in Northern Ireland during her career and it adds an authenticity which is hard to ignore.' Euro Crime.