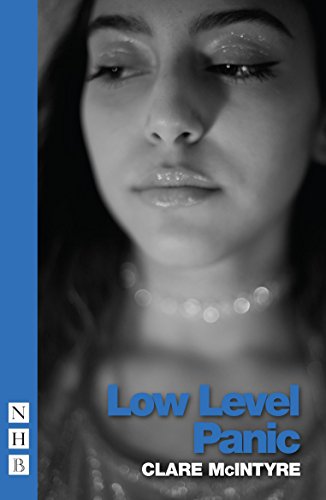 'When am I going to wake up and be different?'

Three flatmates. A single bathroom. And a whole world of men.

In this funny, timely and unapologetic play, three twenty-something women figure out how they really feel about sex, their bodies and each other.

With a vibrancy and stylistic freedom, Low Level Panic interrogates the effects of society's objectification of women.

The first major revival since its Royal Court Theatre premiere nearly thirty years ago. Clare McIntyre's (1952-2009) Low Level Panic won the Samuel Beckett award, while her next play My Heart's a Suitcase earned her the Evening Standard's Most Promising Playwright Award.

McIntyre has a deadly accurate ear, a subtle sense of humour and a deep fund of compassion: she writes with thrilling understanding. --The Sunday Times

Clare McIntyre was amongst the extraordinary generation of British female playwrights who emerged in the 1980s. Her best-known plays, now considered modern feminist classics, were staged at the Royal Court Theatre. She also had an extensive career writing and acting for film, radio and television. She died in November 1990.

Book Description Paperback. Condition: New. Paperback. 'When am I going to wake up and be different'Three flatmates. A single bathroom. And a whole world of men.In this funny, unapologetic play, three twenty something women figure out how they.Shipping may be from multiple locations in the US or from the UK, depending on stock availability. 72 pages. 0.086. Seller Inventory # 9781848426405