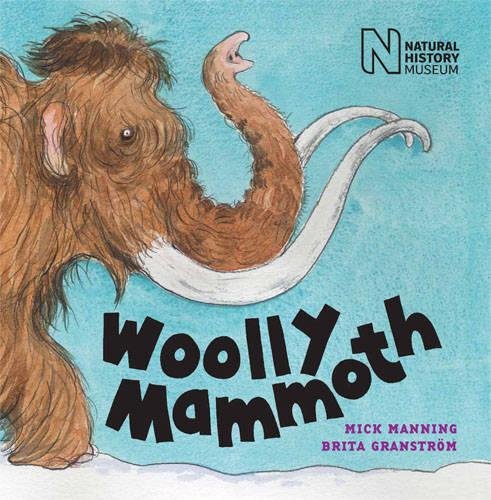 Have you ever wondered what life was like for the Woolly Mammoth? It was very hard! These kings of the elephant race faced the harsh Ice Age climate and the threat of natural predators - none more terrifying than Man and his merciless spear Includes an illustrative fact strip giving more information on how we know about the lives of Mammoths today, taken from the very latest Mammoth findings.

The lyrical text gives an emotional insight into the world of the woolly mammoths and is accompanied by an illustrative fact strip giving more information on how we know about the lives of Mammoths today, takenfrom the very latest Mammoth findings. This book also includes a useful glossary and geological time line.

A fascinating insight into the lives of these unique creatures.

This terrific story includes an illustrated fact strip that gives more information about the lives of Mammoths.

(Red Reading Hub) About the Author:

Mick Manning grew up in Haworth, West Yorkshire and studied Illustration at the Royal College of Art in London. He has written and illustrated over 60 books, mostly with his partner Brita Granström.Their distinctive books have won many awards. Their first book, The World is Full of Babies, won the Smarties Silver Prize in 1996. Mick and Brita live in the Scottish Borders and have 4 sons. Their other books with Frances Lincoln include the critically acclaimed Fly on the Wall series: Roman Fort, Pharaoh's Egypt, Viking Longship, Greek Hero, Tail-End Charlie and What Mr Darwin Saw. Both Roman Fort and Viking Longship were shortlisted for the English Association 4-11 Awards and Greek Hero won in 2008. Snap! is the follow-up to Yuck! which was a regional winner of the Highland Book Awards 2006. Recently Mick and Brita donated the entire body of work created for their book Fly on the Wall: Greek Hero to Seven Stories, the centre for children's books

Brita Granström grew up on a Swedish farm and has an MFA in Fine Art from Konstfack, Stockholm. She and Mick Manning live in the Scottish Borders have four sons. Their first book together, The World is Full of Babies won the Smarties Silver Award in 1996 and their second book, What's Under the Bed? took the TES Junior Information Book Award in 1997. Yum Yum and How Did I Begin? were 2 of the 6 children's books shortlisted for the Rhone Poulene Prize in 1998. Science School made the shortlist in the following year. In 2000, Wash, Scrub, Brush! won the English Association's non-fiction award for the best picture book, with Let's Party making the shortlist in 2001. Brita won both Parenting Magazine's Book of the Year and the Oppenheim Toy Portfolio Gold Award 2000 with her illustrations for Judy Hindley's Eyes, Nose, Fingers, Toes.