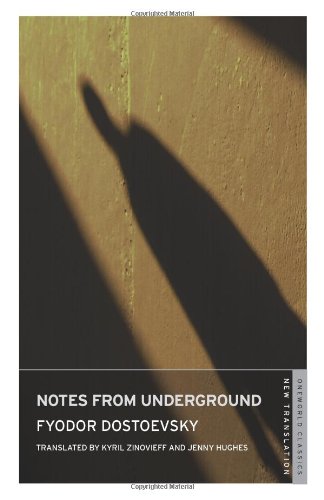 New translation of one of the most popular classics of Russian literature by the author of 'Crime and Punishment' and 'The Karamazov Brothers'. First translation with a title that reflects the true meaning of Dostoevsky's original title. The unnamed narrator of the novel, a former government official, has decided to retire from the world and lead a life of inactivity and contemplation. His fiercely bitter, cynical and witty monologue ranges from general observations and philosophical musings to memorable scenes from his own life, including his obsessive plans to exact petty revenge on an officer who has shown him disrespect and a dramatic encounter with a prostitute. Seen by many as the first existentialist novel and showcasing the best of Dostoevsky's dry humour, "Notes from under the Floorboards" was a pivotal moment in the development of modern literature and has inspired countless novelists, thinkers and film-makers.

Fyodor Dostoevsky (1821-1881) was one of the biggest Russian writer and essayist, known for his novels Crime and Punishment and The Brothers Karamazov.