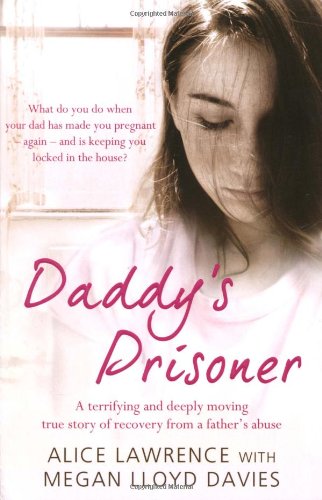 In April 2008, the world watched in horror as the news of Josef Fritzl made worldwide headlines. But for one British woman the story was not the stuff of unimaginable nightmares. Alice Lawrence knew all too well the torture suffered at the hands of a father whose depravity knew no bounds. She too was kept prisoner and repeatedly made pregnant - and it was only after the death of one of her babies that she finally found the courage to escape.

Born in 1970, Alice grew up in the impoverished backstreets of an industrial Northern town with her parents and seven brothers and sisters. She was first raped by her father when she was 11. From the age of 15, she was made pregnant six times by him in an effort to secure additional state benefits. All bar one of her pregnancies failed, but her daughter never made it through her first year.

The death of her baby was the spur to Alice bringing her father and abuser to justice. Finally, Alice can tell her deeply moving story of recovery from abuse.

Formerly a news reporter at The Daily Mirror, Megan Lloyd Davies is now a contributing editor on Grazia magazine, as well as a best-selling ghost writer whose books have been translated into ten languages. For Simon & Schuster UK she has written Sunday Times bestseller Daddy's Prisoner with Alice Lawrence.