Items related to House to House: A Tale of Modern War

Bellavia, David House to House: A Tale of Modern War

House to House: A Tale of Modern War 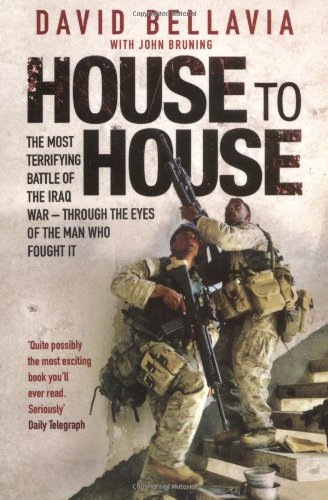 On 8 November 2004, the largest battle of the War on Terror began, with the US Army's assault on Fallujah and its network of tens of thousands of insurgents hiding in fortified bunkers, on rooftops, and inside booby-trapped houses. For Sgt. David Bellavia of 3rd Platoon, Alpha Company, it quickly turned into a battle on foot, from street to street and house to house. On the second day, he and his men laid siege to a mosque, only to be driven to a rooftop and surrounded, before heavy artillery could smash through to rescue them. By the third day, Bellavia charges an insurgent-filled house and finds himself trapped with six enemy fighters. One by one, he shoots, wrestles, stabs, and kills five of them, until his men arrive to take care of the final target. It is one of the most hair-raising battle stories of any age -- yet it does not spell the end of Bellavia's service. It would take serveral more weeks before the Battle of Fallujah finally came to a close, with Bellavia, miraculously, alive. In the words of the author: ""HOUSE TO HOUSE holds nothing back. It is a raw, gritty look at killing and combat and how men react to it. It is gut-wrenching, shocking and brutal. It is honest. It is not a glorification of war. Yet it will not shy from acknowledging this: sometimes it takes something as terrible as war for the full beauty of the human spirit to emerge.""

"This is life in the infantry, circa right now." -- Thomas E. Ricks, author of "Fiasco: The American Military Adventure in Iraq and Making the Corps"

John R. Bruning is a prolific military and aviation historian who is the author and collaborator of many bestselling books.

House to House: A Tale of Modern War