Items related to In the Morning I'll be Gone: Sean Duffy 3 (Detective... 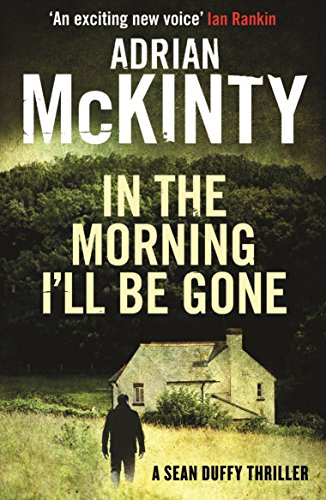 'McKinty is one of Britain's great contemporary crime writers and the Sean Duffy books are his masterpiece.'
IAN RANKIN

Sean Duffy's got nothing. And when you've got nothing left to lose, you have everything to gain, but only if you want it. So when MI5 come knocking, Sean knows exactly what they want, but he hasn't got the first idea how to get it.

Of course he's heard about the spectacular escape of IRA man Dermot McCann from Her Majesty's Maze prison. And he knew, with chilly certainty, that their paths would cross. But finding Dermot leads Sean to an old locked room mystery, and into the kind of danger where you can lose as easily as winning. And there's no coming back from this kind of losing.

From old betrayals and ancient history to 1984's most infamous crime, Sean tries not to fall too far behind in the race to annihilation. Can he outrun the most skilled terrorist the IRA ever created? And will the past catch him first?

It blew my doors off (Ian Rankin)

A strain of rough and visual, sly and lyric narrative prose in service of one hell of a story. Sean Duffy is a great creation, and the place comes alive - a uniquely beautiful and nasty part of the world (Daniel Woodrell)

Duffy is one of the most interesting, convincing and sympathetic police officers in recent crime fiction... McKinty gets better and better (Marcel Berlins Times 2013-01-12)

This is a very fine police thriller from a rising start of the genre. The pacing is brisk and exciting, and the plotting is full of interest and surprises. (Canberra Times, Australia 2013-02-16)

McKinty keeps getting better and better ... Sirens is a humdinger - a highly enjoyable, smart, page-turner of a novel. (Anne Sexton Hot Press 2013-01-30)

Not everyone could tackle such a splintered society, but McKinty seems to relish its challenges as much as its opportunities... Sirens won't disappoint McKinty fans, and may well attract many more. (Mary Leland Irish Examiner 2013-03-02)

Don't miss out on McKinty's belting tale. Duffy mainlines into your bloodstream. Like the vodka and lime he's so fond of, he's definitely addictive. (Liz Kennedy Belfast News Letter 2013-03-20)

This is crime fiction at its best: a police procedural with dialogue that's crisp and occasionally lighthearted; blistering action that's often lethal; McKinty's mordant Belfastian wit; and a protagonist readers won't want to leave behind when the trilogy ends. (Booklist 2013-05-01)

McKinty is seriously brilliant, his flair for language matched by his remarkable feel for place, appetite for redemptive violence and gravely cool appreciation of characters who reject conformity. There are echoes of Dennis Lehane, Joseph Wambaugh, Eoin McNamee and even Raymond Chandler but McKinty is resolutely his own hard man. (Weekend Australian 2013-07-14)

The third Sean Duffy thriller: a spectacular escape and an intense man-hunt that could change the future of a nation - and lay one man's past to rest.

1. In The Morning I'll Be Gone