Items related to The Troubled Man: A Kurt Wallander Mystery 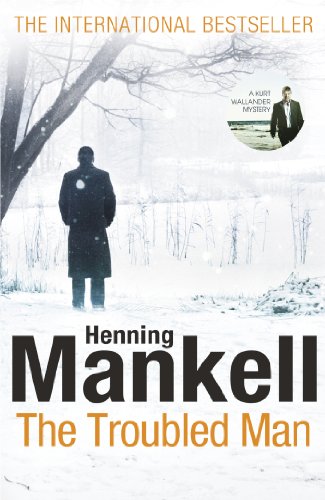 Every morning Håkan von Enke takes a walk in the forest near his apartment in Stockholm. However, one winter's day he fails to come home. It seems that the retired naval officer has vanished without trace.

Detective Kurt Wallander is not officially involved in the investigation but he has personal reasons for his interest in the case as Håkan's son is engaged to his daughter Linda. A few months earlier, at Håkan's 75th birthday party, Kurt noticed that the old man appeared uneasy and seemed eager to talk about a controversial incident from his past career that remained shrouded in mystery. Could this be connected to his disappearance? When Håkan's wife Louise also goes missing, Wallander is determined to uncover the truth.

His search leads him down dark and unexpected avenues involving espionage, betrayal and new information about events during the Cold War that threatens to cause a political scandal on a scale unprecedented in Swedish history. The investigation also forces Kurt to look back over his own past and consider his hopes and regrets, as he comes to the unsettling realisation that even those we love the most can remain strangers to us.

And then an even darker cloud appears on the horizon...

The return of Kurt Wallander, for his final case, has already caused a sensation around the globe. The Troubled Man confirms Henning Mankell's position as the king of crime writing.

`a magnificent finale, it's to be hoped that Mankell may be persuaded to revive his grumpy Nordic inspector, complete with his stomach cramps, failing eyesight and Ikea furniture. He is far too good to lose' --Financial Times

`a perfect valedictory novel...this is Mankell at his best' --Daily Express

`Mankell is undoubtedly a skilled writer with plenty of breadth, but it's clear that his subtleties of character, plot and pace achieve greatest expression in the Wallander series' --The Independent on Sunday

`It's sparse, poignant and a fitting swan song for one of literature's truly great detectives' --Shortlist

`Laurie Thompson's fluent, precise translation from the Swedish' --The Independent, i

`a novel that works on a number of levels: as a compelling investigation into a Swedish cold-war spy ring, a philosophical assessment of policing and its social function, and a very personal evaluation of a person's worth in the grand scheme of things...Written in Mankell's downbeat style (beautifully translated by Laurie Thompson) it has a fatalistic tone that is entirely fitting for the final testimony of one of crime fiction's great protagonists...a hugely satisfying novel that ranks alongside Mankell's best, a heartbreaking tale of descent into despair and darkness that serves as a totem for what great crime writing can achieve' --The Irish Times

`The Troubled Man had me gripped' --Eurocrime

`So The Troubled Man delivers in full as a whodunit, as all the Wallander books do, beneath their impassive surface...The Troubled Man is a sorrowful- how can it be? - but fully satisfying conclusion to a great series. No Mankell reader will think of missing it' --The Scotsman

`To his fans this valediction will be greeted with sadness but it is also deserves applause, if only for the considerable services rendered' --Express

The first new Wallander novel for a decade, the culmination of the bestselling series from the godfather of Swedish crime.