Items related to Sherlock Homes: The Missing Earl and Other New Adventures... 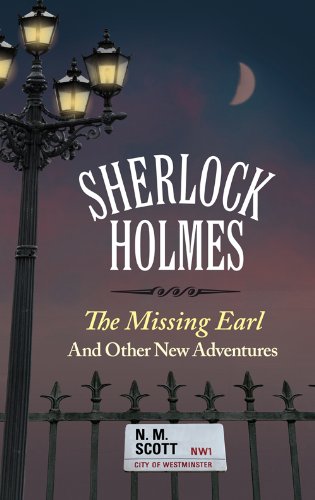 On reviewing his case notes from over the years, Dr Watson once again sets pen to paper to record, among others, the mysterious case of the 'Haversham Jackdaw' in which a burglary is committed by apparently impossible means. 'The "Ring of Stones"' leads the duo to Salisbury Plain, where an investigation into a missing girl turns into something far more sinister and deadly, and in 'The Silver Button', Holmes finds his powers of deduction put to the ultimate test in his attempt to save a man from the gallows.

Written with wit and style, these stories plunge the reader once more into the murky depths of Victorian criminology, and will prove a delight to all Holmes fans, ever thirsty for more adventures from Dr Watson's voluminous case book.

N.M. Scott was born and educated in south London, and after a career in advertising moved to the Sussex coast where he now lives and works in Rottingdean. He maintains a lifelong interest in the history of transport, along with church architecture and, of course, the 'Canon' of Sherlock Holmes.

1. Sherlock Holmes : The Missing Earl and Other New Adventures