Items related to Learning My Lines: An Actor's Life

Learning My Lines: An Actor's Life 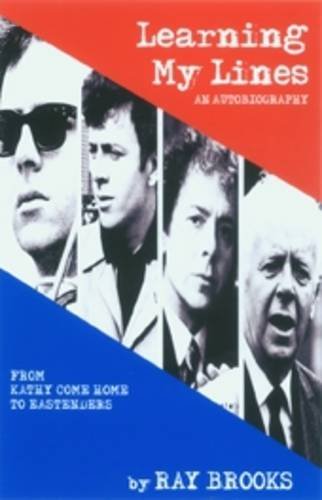 Ray Brooks' acting career has spanned more than four decades, from his breakthrough role in iconic 1960s film The Knack, to infamy as the murderer of Pauline Fowler in EastEnders.

The diary Ray wrote while working on EastEnders provides us with a fascinating glimpse behind the scenes at Albert Square, and also prompts Ray to take dips into his past: growing up in Brighton with his bus conductress mother, working with Ken Loach on the ground-breaking BBC drama, Cathy Come Home, fighting off cybermen in Dr Who and starring as gambler Robbie Box in the hit TV show Big Deal.

His theatrical tales cover early days in rep, almost appearing in The Sound of Music, and working on classic comedies by Alan Ayckbourn and Tom Stoppard. To a whole generation, Ray Brooks is the voice of Mr Benn, the popular children's animated series, and his seductive tones have also been used to persuade us to buy everything from margarine to lemonade - until Terry Wogan got in on the act!

But as the accolades build up over the years, so do the insecurities: What job will I get when this one finishes? That fat, bald bloke on the screen surely can't be me? Can I still learn lines? Revealing the vulnerability of an actor's life, this candid account is full of down-to-earth humour and captivating honesty.

Ray Brooks began his acting career in rep in Nottingham. He worked on Taxi with Sid James in the early 1960s and went on to appear in The Knack with Michael Crawford and Rita Tushingham and Ken Loach's critically acclaimed Cathy Come Home. Before winning the lead role of Robbie Box in Big Deal, Ray appeared in many popular TV programmes, including The Avengers, Dangerman, Softly, Softly, Dixon of Dock Green and P D James Death of an Expert Witness. As well as being the voice behind Mr Benn, Ray has voiced countless commercials. After Big Deal, Ray again worked with Sharon Duce in Growing Pains, then appeared in Two Thousand Acres of Sky before joining EastEnders as Joe Macer. Ray's theatre credits include Tom Stoppard's On the Razzle at the National Theatre and Alan Ayckbourn's Absent Friends with Richard Briers. Originally from Brighton, Ray now lives in Kew.

Buy Used
Condition: Near Fine
Book has some very mild bruising... Learn more about this copy

1. Learning My Lines: From Cathy Come Home to Eastenders - Signed