Items related to The Crossing: My journey to the shattered heart of...

Yazbek, Samar The Crossing: My journey to the shattered heart of Syria

The Crossing: My journey to the shattered heart of Syria 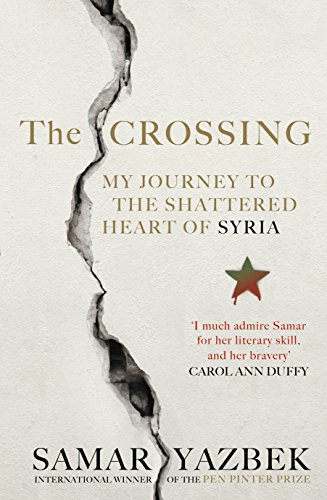 'ONE OF THE FIRST POLITICAL CLASSICS OF THE 21st CENTURY'- Observer

Samar Yazbek was well known in her native Syria as a writer and a journalist but, in 2011, she fell foul of the Assad regime and was forced to flee.

Since then, determined to bear witness to the suffering of her people, she bravely revisited her homeland by squeezing through a hole in the fence on the Turkish border. In The Crossing, she testifies to the appalling reality that is Syria today. From the first innocent demonstrations for democracy, through the beginnings of the Free Syrian Army, to the arrival of ISIS, she offers remarkable snapshots of soldiers, children, ordinary men and women simply trying to stay alive...Some of these stories are of hardship and brutality that is hard to bear, but she also gives testimony to touches of humanity along the way: how people live under the gaze of a sniper...how principled young men try to resist orders from their military superiors...how children cope in the bunkers...

Yazbek's portraits of life in Syria are very real, her prose is luminous. The Crossing is undoubtedly both an important historical document and a work of literature.

"Powerful and moving...bears comparison with George Orwell’s Homage To Catalonia as a work of literature, Yazbek is a superb narrator...it may be that [she] has written one of the first political classics of the 21st century" (Observer)

"An eloquent, gripping and harrowing account of the country’s decline into barbarism by an incredibly brave Syrian" (Irish Times)

"Gripping... Does the important job of putting faces to the numbing numbers of Syria’s crisis..." (Economist)

"Sheds valuable light on day-to-day life inside Syria, something of which we know little...a sobering glimpse of the wreckage that will be discovered when the war is over" (Sunday Times)

Powerful insight into the effects of civil war on the Syrian people, by the award-winning Syrian journalist.

1. The Crossing: My Journey to the Shattered Heart of Syria