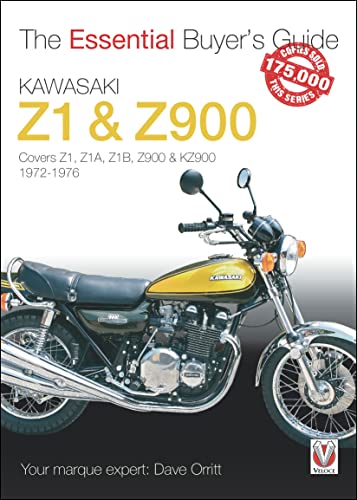 '... an invaluable source of information that could save you an expensive mistake!' --Bike Rider Magazine

When a true afficiando who really loves the bike writes the book, you can immediately tell ... The book is a brief yet fact-filled guide to learning about and buying a Z1 to Z900 and if you're interested in that bike and are planning on buying one, be sure to read this book first. --webbikeworld

Dave Orritt has been interested in motorcycles from an early age, getting his first moped at nine years old. After a succession of field and road bikes, his passion for Kawasaki Z1s was re-ignited following a chance encounter at the Stafford Show in 2004. He decided to create a Z1 collection, and now has over 30 classic Kawasakis, a variety of which he regularly displays, and has loaned to magazines including Bike Magazine and Practical Sportsbike Magazine, for road testing and photoshoots. His collection is constantly expanding, and his latest project is the restoration of a 1975 Kawasaki Z1B, which will be feature at the Stafford Show in the future.