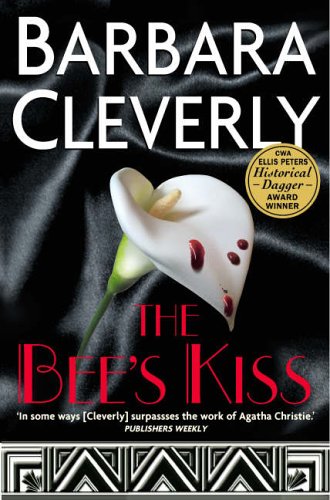 1926, and Joe Sandilands is back from India, enjoying the frantic pleasures of Jazz Age London. Yet, there is a darkness behind all that postwar gaiety. A woman has been discovered bludgeoned to death in her suite at the Ritz. A broken window and missing emerald necklace suggest that it is a burglary gone wrong. But the corpse is that of a much-respected member of the British establishment, Dame Beatrice Joliffe, one of the founders of the Wrens, and so Scotland Yard send Joe to conduct a swift enquiry. Her companion, an ex-chorus girl, falls from Waterloo Bridge at twilight.

Two of the Dame's clique of eager young Wrens commit suicide. All these deaths make Joe suspect that Beatrice has been killed by someone close to her but suddenly he finds that the case is closed and he is asked by his superiors to surrender his files. Against the background of the looming General Strike, and pressure from unseen governmental presences he struggles on, picking his way through the political panic and rebelling against authority, through to a shattering solution to the killings.

In some ways [Cleverly] surpasses the work of Agatha Christie. (Publishers Weekly)

A well plotted first novel... the atmosphere of the dying days of the Raj is colourfully captured (Susanna Yager Sunday Telegraph)

This is the third Sandilands novel in succession to gain a red star review in Publishers Weekly.