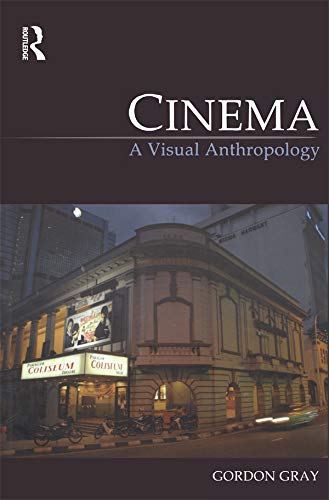 Cinema: A Visual Anthropology provides a clear and concise summary of the key ideas, debates, and texts of the most important approaches to the study of fiction film from around the world. The book examines ways to address film and film experience beyond the study of the audience. Cross-disciplinary in scope, Cinema uses ideas and approaches both from within and outside of anthropology to further students' knowledge of and interest in fiction film. Including selected, globally based case studies to highlight and exemplify important issues, the book also contains suggested Further Reading for each chapter, for students to expand their learning independently. Exploring fundamental methods and approaches to engage this most interesting and vibrant of media, Cinema will be essential reading for students of anthropology and film.

"Gordon Gray's Cinema: A Visual Anthropology strikes a perfect note for the contemporary exploration of visual culture. Clearly written, comprehensive, and laced with stunning images, this is a text for which professors of visual anthropology, film studies and visual culture have been waiting." --Paul Stoller, Professor of Anthropology at West Chester University of Pennsylvania and author of The Power of the Between: An Anthropological Odyssey

"Gordon Gray amply does justice to both the disciplines of anthropology and of film studies in seeing that the value of film in the understanding of our world is not constrained by the narrow borders of disciplinary comfort zones. This book is a bold and valuable breath of fresh air" --Benjamin McKay, Film Critic and Lecturer in Film Studies, Monash University Malaysia