Items related to The "Daily Telegraph" Guide to England's... 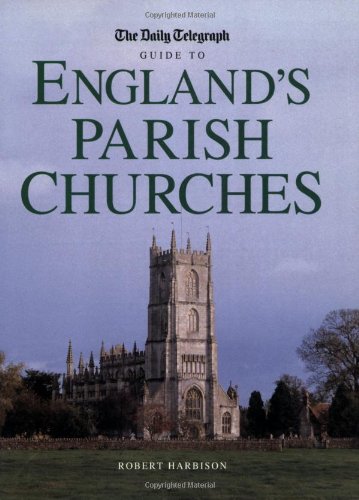 Originally Published as a Shell guide this widely praised guide to the pick of England's churches is now expanded and republished as one of Aurum's popular Daily Telegraph guides. Out of the thousands of churches in England, Robert Harbison has selected just over 550, chosen as often for their simplicity and the beauty of their settings as for architectural grandeur, or the quality of their stained glass, stonework of monuments. They range from the magnificent wool churches at Blythburgh, Lavenham and Long Melford in East Anglia to the rustic simplicity of the little church at the head of Wastwater in Cumbria. All are described by the author with an infectious enthusiasm a learning that is lightly worn. There is an introductory survey of historical styles in church architecture and appendices listing the churches that are notable for particular features, such as wal paintings or fonts, and a comprehensive glossary of architectural terms.

Robert Harbison, an American who has lived in England for over thirty years, teaches at the Architectural Association and the University of North London. He was educated at Amherst College and Cornell University. His previous books include Eccentric Spaces and The Built, the Unbuilt and the Unbuildable.