Items related to Jason and the Golden Fleece 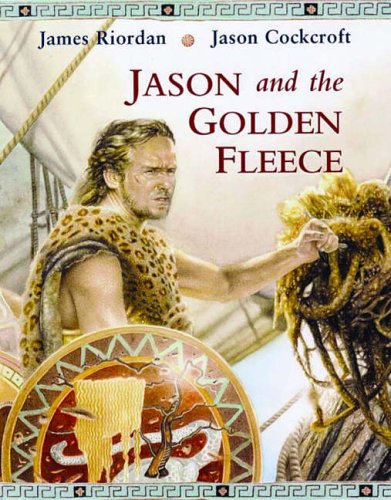 Award-winning children's author James Riordan boldly retells this story from Greek mythology, introducing readers to the first great European hero to undertake a grand journey. Accompanied by some of ancient Greece's bravest heroes, Jason leads an expedition to retrieve the Golden Fleece, the property of a king in a far-off land. Traveling by sea, they encounter trial after trial along their route - shrieking Harpies, deadly clashing rocks, and fierce Amazon warrior women - and yet more challenges await them at their destination. For before he will give up the fleece, the king devises a test for Jason that will certainly be the death of him - unless the king's daughter, Medea, agrees out of love for Jason to lend him her magical powers. This is a classic tale of high adventure that holds appeal for boys and girls alike.

James Riordan travelled the world collecting folktales and published over thirty volumes of tales from different countries. The Twelve Labours of Hercules won the UK Reading Association Award 1998. He was Emeritus Professor at the University of Surry and Visiting Professor at the University of Worcester, as well as holding honorary degrees from Birmingham, London, Moscow and Grenoble. He regularly reviewed children's books for The Times., and his autobiography, Comrade Jim: the spy who played for Spartak, was published in 2008 by Fourth Estate. He also wrote ten novels for young people. His first, Sweet Clarinet, won the NASEN award in 1999 and was nominated for the Whitbread Prize in 1998. Match of Death won the South Lanarkshire Book Award in 2004, and The Gift was nominated for the NASEN award in 2006. He published a novel on slavery, Rebel Cargo, with Frances Lincoln in 2007. James Riordan died in 2012.

JASON AND THE GOLDEN FLEECE