Items related to The Lost World of Mitchell and Kenyon: Edwardian Britain...

The Lost World of Mitchell and Kenyon: Edwardian Britain on Film 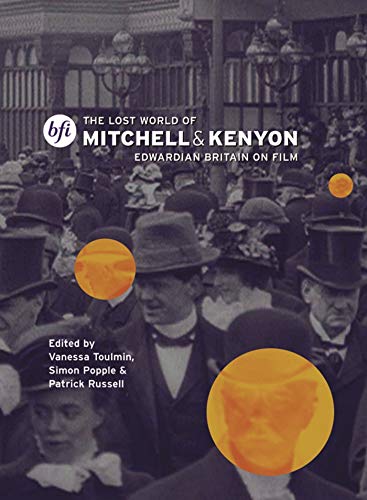 The discovery of the Peter Worden Mitchell and Kenyon collection - a trove of 800 films - has been described as film's equivalent of the discovery of Tutankhamen's tomb. The extraordinary "actuality footage" contained in the collection provides an unparalleled social record of everyday life in early-twentieth-century Britain, featuring street scenes, sporting events, parades, local industries, and more. This volume contains essays from leading historians covering film history, popular entertainment, the seaside, transport, sporting events, and the social and economic context of Edwardian Britain. Together they provide a vivid commentary on this unparalleled collection. As this book shows, the discovery of these actuality films has enabled a major re-evaluation of the Mitchell and Kenyon company's contribution to filmmaking in the United Kingdom. As important in their national context as Lumieres' are in France or Edison's in the U.S., these films dramatically increase our understanding of the evolution and development of film in its first decade.

Vanessa Toulmin is Research Director, National Fairground Archive at the University of Sheffield, and a leading authority on Victorian entertainment and film. Simon Popple is Principal Lecturer in Film and Media Studies at the University of Teeside. Patrick Russell is Keeper of Non-Fiction at the British Film Institute.

1. The Lost World of Mitchell and Kenyon: Edwardian Britain on Film

2. THE LOST WORLD OF MITCHELL AND K