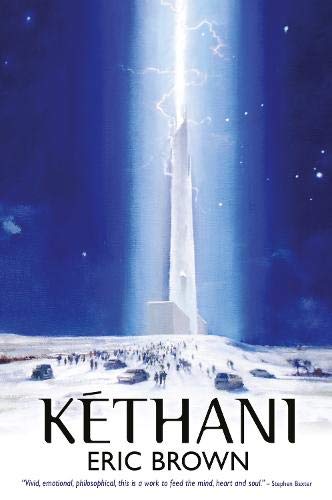 Born in West Yorkshire, England in 1960, Brown has lived in Australia, India, and Greece. He began writing when he was fifteen and sold his first short story to Interzone in 1986. His story "The Time-Lapsed Man" won the Interzone readers' roll for the most admired story of 1988. He has won the British Science Fiction Award twice for his short stories and has published over twenty books: SF novels, collections, books for teenagers and younger children, as well as radio plays, articles and reviews. His latest books include the collection Threshold Shift, the novella The Extraordinary Voyage of Jules Verne, and the children's book Crazy Love. He is married to the writer and mediaevalist Finn Sinclair, and has one daughter, Freya. He lives in Hebden Bridge, West Yorkshire, United Kingdom. His website can be found at: : http://ericbrownsf.port5.com/

It takes an alien race to show us what humanitiy truly is. This is the irony faced by a group of friends whose lives are changed forever when the mysterious alien race known as the Kethani come to Earth bearing a dubious but amazing gift: immortality. These superbly crafted episodes deal with human emotions in the face of the vast consequences of the alien arrival, and show how people across the world react to this benign invasion, how ultimately we evolve as we gain the stars.