Items related to 1001 TV Series: You Must Watch Before You Die

Paul Condon 1001 TV Series: You Must Watch Before You Die

1001 TV Series: You Must Watch Before You Die 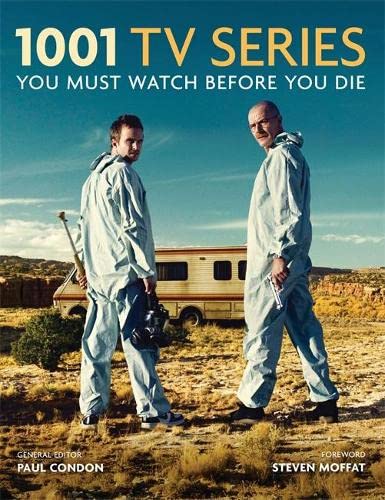 This is the ultimate book for the Netflix and boxset generation, featuring all the greatest drama series ever broadcast as well as the weirdest game shows, controversial reality TV experiments and breathtaking nature documentaries.

It is a must for anyone who wants to know why India's Ramayan is legendary, why Roots was groundbreaking, or what the ending of Lost was all about. Written by an international team of critics, authors, academics, producers and journalists, this book reviews TV series from more than 20 countries, highlights classic episodes to watch and also provides cast summaries and production details.

The most comprehensive guide to television you'll ever need.

ABOUT THE GENERAL EDITOR
Paul Condon has been fascinated by TV since he was a youngster, when just the theme tune of The Pink Panther cartoon could send him scurrying behind the sofa. He has written articles and reviews about TV and film for a wide variety of UK magazines, and has written books on popular culture, the movies of Alfred Hitchcock, the TV show Six Feet Under, the Matrix films, and a comprehensive history of television. Paul has also been involved in organizing more than a dozen TV-related conferences and events, and currently works in the industry helping to promote and support programs.