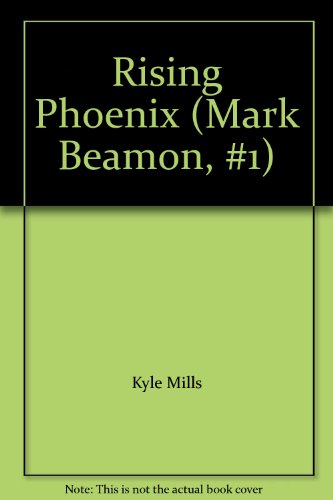 Special Agent Mark Beamon is a maverick. His open disdain for the FBI's rules - and Directors - has exiled him to a no-profile post in the boondocks. But when a shadowy right-wing group starts flooding America's emergency rooms with dead and dying, Beamon is summoned back to Washington. Teamed with an icily efficient female field agent, he is given the thankless task of stopping the slaughter--even though millions of Americans secretly approve of it.

As the body count rises, Beamon realizes there is something eerily familiar about his adversary, reminding him of the coldest killer he ever encountered - not a criminal but a law enforcement colleague. And for the first time, he wonders why he was chosen for this assignment. Was it his expertise - or his expendability?

'An explosive thriller that launches a new genius for taut, compulsive adventure writing . . . I urge you to pick up Rising Phoenix' - Tom Clancy

An explosive thriller that launches a new genius for taut, compulsive adventure writing . . . I urge you to pick up Rising Phoenix (Tom Clancy)

In the world of political thrillers, I have the feeling that young Kyle Mills will soon be a very big player (Frederick Forsyth)

'Absorbing . . . A fine thriller with memorable characters and enough twists to keep readers turning pages . . . Mills is definitely someone to watch' - Publishers Weekly

Book Description Ulverscroft Large Print Books Ltd 01/05/2004, 2004. Hardcover. Condition: Very Good. Shipped within 24 hours from our UK warehouse. Clean, undamaged book with no damage to pages and minimal wear to the cover. Spine still tight, in very good condition. Remember if you are not happy, you are covered by our 100% money back guarantee. Seller Inventory # 6545-9781843952831

Book Description Ulverscroft Large Print Books Ltd, 2004. Hardback. Condition: Good. The book has been read but remains in clean condition. All pages are intact and the cover is intact. Some minor wear to the spine. Seller Inventory # GOR003311685

Book Description -, 2004. Hardcover. Condition: Very Good. Rising Phoenix This book is in very good condition and will be shipped within 24 hours of ordering. The cover may have some limited signs of wear but the pages are clean, intact and the spine remains undamaged. This book has clearly been well maintained and looked after thus far. Money back guarantee if you are not satisfied. See all our books here, order more than 1 book and get discounted shipping. Seller Inventory # 7719-9781843952831