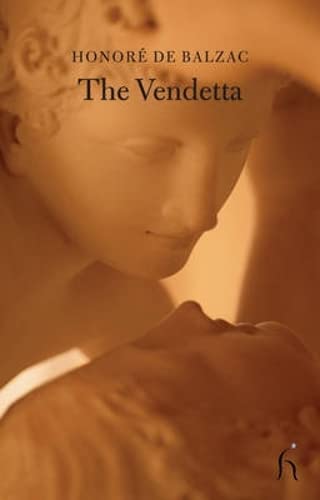 'In the introduction to his fluent translation, Howard Curtis picks out contemporary elements that Balzac drew on: Stendhal's short story Vanina Vanini (1829), whose heroine falls in love with a fugitive carbonaro; Romeo and Juliet; the theme of Corsican family honour in Mérimée's Mateo Falcone (1829). Balzac also exploited recollections of the Duchesse d' Abrantčs and Mme de Berny for the Napoleonic background and the character of Piombo (modelled on André Campi, a former lover of Mme de Berny), and a similar drama triggered by an acte respectueux in the family of his sister Laure's husband.' --Times Literary Supplement

October 1800: a foreigner, accompanied by his wife and their young daughter, stands before the Tuileries, waiting for an audience with Napoleon - the only man who can understand his wretched plight and the Vendetta that has driven him here. When Ginevra Piombo falls in love, fifteen years later, with a young Corsican officer hiding from the authorities in the aftermath of Waterloo, she does not realise that this one moment from her past will force her to make the greatest decision of her life: a choice between two loves, a choice of life or death.