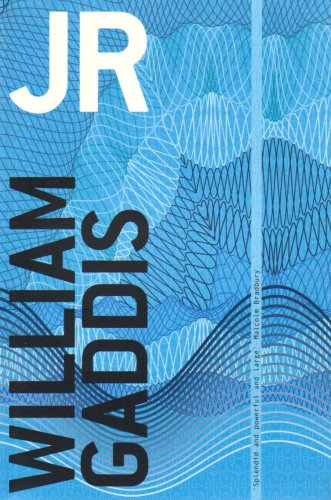 A biting satire, JR features JR, an eleven-year-old capitalist, who embodies the cash culture he grows up in.The young JR manipulates his meagre economic beginnings including a shipment of Navy surplus picnic forks, a defaulted bond issue and turns them into a massive paper empire. The novel's satiric assault upon the American Dream, and the economics it represents makes a compulsive read andthe seminal American novel.

WILLIAM GADDIS (1922-98) was one of the greatest writers in twentieth-century America.He wrote five novels and won two National Book Awards, for JR (1976) and for A Frolic of His Own (1995).His other landmark novels include: The Recognitions (1955) and Carpenter's Gothic (1985).Agape Agape was published by Atlantic in 2002.

'Gaddis has written the long-awaited great American novel... A beautiful book and a brilliant author' San Francisco Review of books