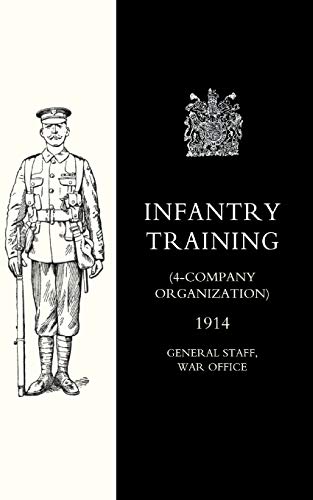 The situation in Europe in 1914 was electric, and war was inevitable. In the UK the British Army went through its training in the safe knowledge that it had never suffered defeat in Europe. This manual contains all that was taught to infantrymen, section commanders and many junior officers before they were sent to France 'When it arrived in France the British Army was a well trained and quite well equipped force,capable with the support of its Allies of fighting the Germans to a standstill, which it did in the autumn of 1914. The reason the British Army was so good is shown in this manual, for an army trained to the standards given in this manualt had to be effective.'The manual covers both the drill square movements, intended to create the camaraderie and esprit de corps for which the army was famous, and a detailed section on field operations, both attack and defence. Trenches are covered (in a small way), as are machine guns. Of particular interest are the sections covering machine guns in battle, and fighting in close country, woods and villages.'The manual is well illustrated with 18 plates and there is a very helpful glossary of military terms.